Alzheimer’s Disease is a women’s issue. Here’s why.

Increased age is a well-known risk factor for dementia. And since women live longer than men, that makes women more likely to develop dementia.

In fact, women represent 72% of all Canadians living with Alzheimer’s disease. And women represent almost 70% of family caregivers, often caring for a loved one while also working and raising their own families.

These women are our mothers and grandmothers, sisters and wives, friends and neighbours.  Alzheimer’s disease is very much a women’s issue!

The ability to have meaningful communications is one of the many skills that deteriorates as Dementia progresses.

In the early stages….
You may notice mild word finding difficulties, increased hesitations and more repetition of ideas.

In the middle stages…
You will see substantial word-finding difficulties, sentences may be void of meaning, and they are unlikely to initiate conversation.

In the later stages…
They may repeat or echo what others say, become mute, or be unable to understand what you say.

Thankfully, as a caregiver, much of your communication with an adult with Dementia can be achieved non-verbally.

A SMILE IS A POWERFUL COMMUNICATION TOOL.  It creates a sense of ease and joy for everyone involved.  And in my opinion, anything that brings ease and joy at times of confusion, uncertainty and frustration, is a gift.

A smile keeps things simple, lets the person know they have done something well, conveys that they have made you happy, provides a sense of safety and comfort.

Spreading a smile is simple to do. Place yourself in front of the adult with Dementia when they wake in the morning, get on their eye level and smile. If you like, you can hold their hands in yours. Keep up this routine until they smile back.

USE CONSISTENT ROUTINES  to support adults with Dementia. Not only do they like routines, but memory of routines generally lasts well into the middle stages of Dementia.

Routines are those things that happen regularly, often on a daily basis. Common routines are reading the newspaper, folding laundry, going for a walk together, or setting the table for dinner.

Routines are predictable, which helps to avoid confusion and let the person know what is coming next. Predictability creates ease and reduces the number of words a caregiver needs to communicate steps, instructions and reminders.

Routines keep the day more organized and reduce the likelihood of problem behaviours. When the person with Dementia feels more ease or confidence, caregiver stress goes down.

Are you having trouble explaining Alzheimer’s to your children?

The Remember Balloons is a beautiful book that explains Alzheimer’s Disease and helps children cope with a loved one whose memories are fading. 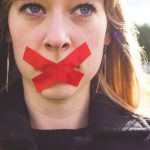 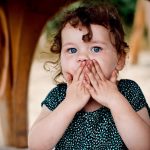