When Speech Therapy Is A Waste Of Money

Last month I was contacted by a family looking for speech therapy services for their nine year old daughter. She already had a fair bit of speech therapy under her belt, but was still struggling to pronounce a handful of speech sounds correctly.

After a few back and forth emails, We scheduled a video call for further discussion.

I met with the mother – daughter ensemble. During our greetings, I sensed some shyness in the daughter, so I began speaking directly with mom. I answered some questions, gathered information and offered a mini demonstration of what it would look like to work together online.

When she seemed more at ease, I asked the young girl some questions and listened to her speak. I explained how because of muscle memory, that by the age of nine, she would not likely improve her speech sounds without the support of a Speech Therapist.

My next two questions revealed what I most needed to know: “How do you feel about your speech?”, and “Is working on your speech something you want to do?”  These may seem like obvious questions, but you would be surprised how infrequently children are asked.

It turned out, this nine year-old girl felt her speech was just fine. She reported that she was never teased about her speech and she was not interested in working on her speech. She was very clear. And the expression on mom’s face was priceless!

Even if I think an individual would benefit from speech therapy, if they don’t want to do it, they will not benefit. And so, in this case, any investment made by the family towards speech therapy would have been wasted.

Engagement is essential for meeting goals. This is exactly why I prioritize providing fun therapy.

Following our meeting I received an email from the mother thanking me for asking her daughter if she wanted to work on her speech. Our meeting sparked a family discussion. Mom learned that it really upset her daughter when she corrected her sounds because the daughter did not feel there was anything wrong with her speech.

As with any other inquiry that does not transform immediately into a Therapist – Client relationship, I invited this family to reach out if something changes in the future and their daughter decides she would like support with her speech skills.

I don’t directly ask every child how motivated they are to work on their speech. As with most decisions, it is influenced by many factors. However, I have observed that things change when children are about nine years old. They don’t necessarily just go along with the plans we make for them. They begin to speak up, and their voices must be heard and honored.

“This is one of the truths of the universe, and you heard it first from here: Whatever we decide we want to do is what we do.” – Morgan Freeman 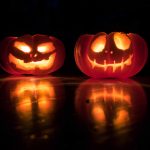